Your Mission: Teach Kids To Debate, Rather Than To Diss People On Social Media 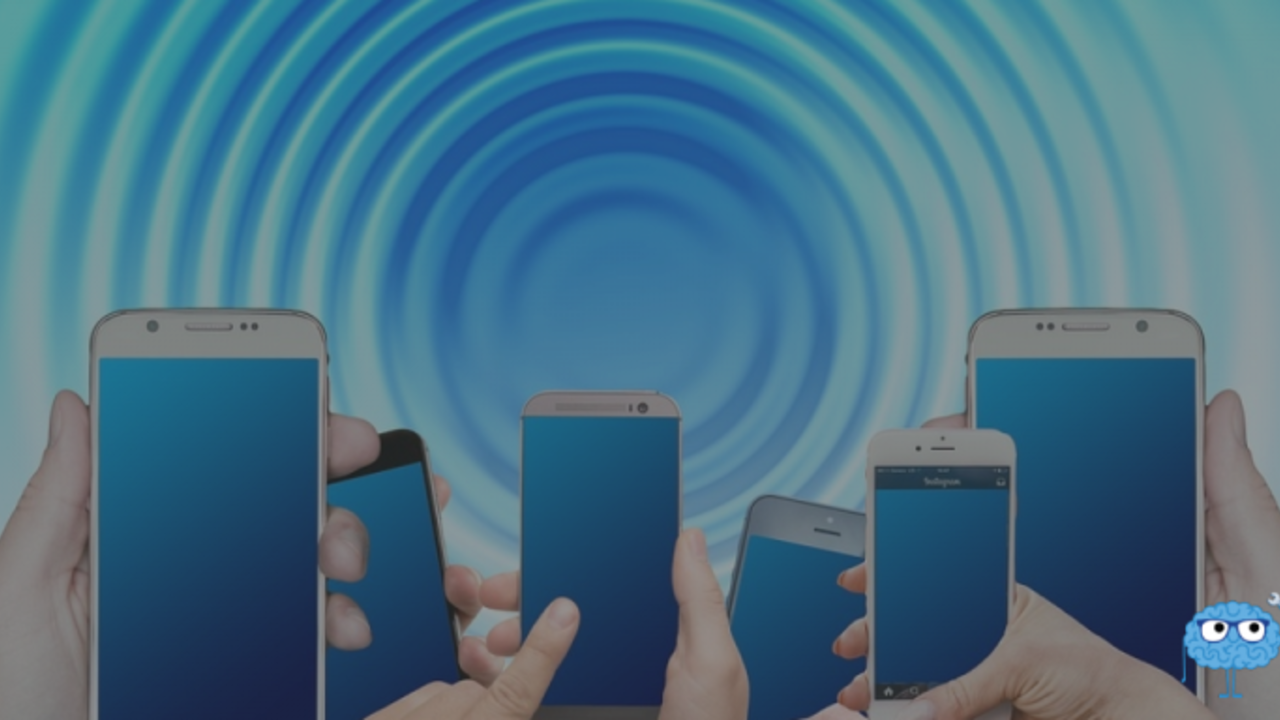 Love him or hate him, it’s hard to argue that the president sets a great example of social media use for kids.

Here’s most of Shelly’s Teach Kids to Debate EdTech Mission from her new book, reprinted here with permission from Times 10 Publications.

Lately, the news has featured the long-standing Twitter feud between President Donald Trump and the media. The public has criticized both sides for their behavior. At one point, the argument escalated and the President tweeted a GIF of himself symbolically body-slamming CNN.

The news media took offense, claiming the GIF encouraged violence toward reporters; the Office of the President and Twitter disagreed. Tensions continue to rise.

This incident exemplifies the nature of many online arguments.

Children to adults share their opinions openly on social networks but are offended when others disagree with them. They react with aggression or resort to personal attacks. All involved seem to overlook the true issues, and all parties leave the conversation upset, learning nothing new about the topic and missing a powerful opportunity for debate to open our minds and elevate our thinking.

We need to transform the digital debating mindset and help students see debate as a vehicle to strengthen their intellect and character.

The way schools teach debate doesn’t align with how our learners conduct arguments in real life. Traditionally, we teach students to debate by writing argumentative or persuasive essays.

While this is important, our digital learners need to engage in online debates.

They need the opportunity to draft shorter arguments to share with the public, as well as practice in responding intelligently to those with opposing views. Our students may regularly debate or argue on social media, yet schools rarely afford them the opportunity to acquire respectful debate skills as part of the curriculum.

THE MISSION: ENGAGE IN A THOUGHT PROVOKING ONLINE DEBATE

In Missions 2 and 3, your students gained confidence in defining their digital identities and became aware of how their posts and shares impacted their digital reputations.

Those first steps laid the groundwork for this mission to participate in a respectful and thought-provoking virtual debate. Rich debate keeps the conversation going, celebrates differences of opinions and perspectives, and values well-constructed arguments.

First, our digital citizens will learn how to craft clear, persuasive, and compelling arguments for an online forum. Their argument will state their positions, help their peers understand the reasons and logic behind their positions, and back up their views with support and evidence.

They develop strategies for dealing with abusive and hurtful comments, and learn how to passionately argue while keeping their emotions in check so they don’t personally attack peers, but instead argue points of contention.

As we know, online debates escalate quickly and bring out the worst in people. Young people may question the value of spending their time listening to beliefs and opinions different from their own, and they may attack the individual instead of logically rebutting specific points.

The activities below prepare learners to approach varying opinions with an open mind and focus their arguments on the issues.

• Confront fears, myths, and intolerance: Anonymously poll students on their attitudes toward participating in respectful debates. Find a list of possible questions for the poll in the Mission Toolkit (Find the Toolkit in the Appendix section of Hacking Digital Learning Strategies). Present the poll results and host a discussion about tolerance, open-mindedness, and how differences help us grow and progress.

• Play the agree/disagree warm-up: Students must take a stand on issues to be skilled debaters. Use masking tape to create a line on your classroom floor. Line students up on the left side of the tape, facing you. State a claim, such as, “Dogs are better pets than cats.” Instruct students to remain standing on the left side of the line if they agree and to move to the right side if they disagree. Students then face their peers. Starting on the left, each student gives one reason to support the claim. Then students on the right give reasons that dispel the claim. Continue this activity with safe topics and coach students to handle increasingly intense topics.

• At various intervals, share rules and guidelines for building a safe environment to share opinions: Record these guidelines and tips to review later. For example, before students share their reasons why dogs are better pets than cats, state the rule that all must respect the listener. Elicit examples of how we show respect to foster understanding of the rule. After the first sharing of reasons, guide a group discussion to identify the components of strong reasoning.

• Improve online arguments: Show the class an example of an online argument that went awry. The initial opinion should be strong and exemplify good writing techniques, before the conversation descends into an argument within the string of comments. Reddit’s Change My View forum has great examples of strong arguments followed by good and bad counter-arguments.

They should identify what makes the counter-arguments strong and come up with guidelines for their own.

Instruct students to jot down ten strong, evidence-supported belief statements or viewpoints. The warm-up may inspire ideas. Have them cross out any ideas that they are tied to emotionally, that they don’t care enough about, or that promote violence, hate, or discrimination.

Students choose one of the remaining statements as their topic for the online debate. Help them transform their statements into specific claims that focus their arguments.

Review the qualities of strong support delineated by the class in the warm-up. Students outline a minimum of six reasons to support their claims based on these qualities and conduct a quick search of each reason to ensure its validity. They show a few peers their reasons and ask them to choose the three most persuasive and interesting before deciding on the three reasons they will include in their arguments.

Students create a survey with at least five questions to gather insight and evidence to support their claims and reasons. Help students draft clear, short, specific, and simple questions that will elicit meaningful feedback. Ask them to opt for multiple choice, open-ended, or ranking questions – and to avoid only yes/no questions.

I recommend Google Forms as a tool for students to create surveys. You can learn more about teaching with Google Forms in Hacking Google for Education.

Students post their arguments in a designated online platform. Note that the idea isn’t to post a five-page argumentative essay with scholarly resources. Think of this as a precursor to these types of essays.

These online arguments should consist of three paragraphs or less in simple language, with logic, reasoning, and evidence. The idea is to spark debate, which means the arguments must appeal to their peers and be easy to digest. Your young debaters should begin to prepare their counter-arguments.

Step 5: Counter-argue and refute the counter-arguments.

Once students post their arguments, other students post counterarguments. The counter-arguments should challenge one or two ideas made by the author and provide reasoning and support for their contentions.

Encourage students to concede on certain areas of agreement. The idea isn’t to win the argument, but to refine belief systems and values. Additionally, conceding on specific areas moves the conversation forward to debate other areas of the issue, which leads to a broader understanding of the topic.

After a few days of healthy debate, announce to the class that a troll has snuck into their forum in an effort to thwart their missions. Trolls are individuals who target an online group and post inflammatory or off-topic messages to provoke a reaction or start quarrels. The troll doesn’t want your students to gain the skills to promote healthy debate, because he wants them to join him in spreading chaos on the internet.

The troll joins the group for a day or two, and only after your students have engaged in healthy debate. Set up an account with the username Troll, and wreak havoc in all threads so no one feels singled out. Your class troll will not name call, use inappropriate language, bully, or do anything that would hurt your relationship with your students.

Instead, the troll might make outrageous claims about the argument, post the same message multiple times, ask silly questions, or spam the thread with nonsense.

Step 7: Come up with strategies to end the troll’s havoc.

Students must come up with strategies to effectively handle the troll and limit his destruction. Allow students to search the web for tips using the query, “deal with trolls” and test these strategies.

Often, trolls suffer from mental illness and the best way to deal with them is to limit engagement. Other tips include reporting them, blocking, and muting. Eventually, the troll gets bored and moves on to the next victim.

Students use the Final Post Template–available in Kit 11 of the Mission Toolkit–to complete their final posts, and highlight three or more peer statements that made them think deeply about their topics. (Find the Mission Toolkit in the Appendix section of Hacking Digital Learning Strategies.)

They should identify statements that incited them, challenged their thinking, pointed out ideas they didn’t address, directed them to interesting research, or introduced them to a new experience.

The students quote each peer’s statement and describe what they learned from it. Finally, they conclude their post by revisiting their initial stance and describing what has changed….